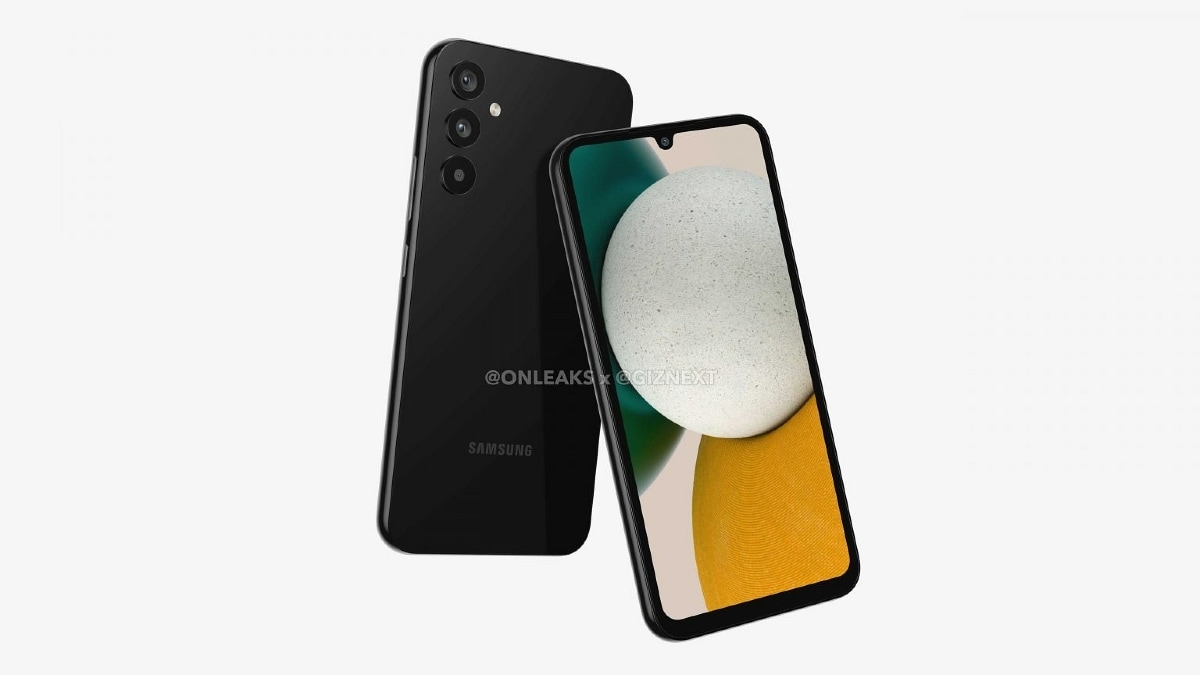 Samsung Galaxy A34 is expected to be among the lineup of new Galaxy A series smartphones in the works. There is not much known about this Samsung handset. However, alleged renders of the Galaxy A34 have surfaced that showcase its complete design. It appears to sport a 6.5-inch Infinity U display with a waterdrop-style notch. This smartphone is depicted to feature a triple rear camera setup on the back. It is also said to sport a flat-frame design, which is usually not offered on budget Galaxy smartphones.

Giznext has revealed the Galaxy A34 designs in collaboration with tipster OnLeaks. It is said to feature a 6.5-inch Infinity U-panel Super AMOLED panel with a waterdrop-style notch. This Samsung handset is expected to measure 161.3×77.7×8.2mm. The report suggests that it could be a 5G smartphone.

The Galaxy A34 is showcased to feature the volume rockers and power button on the right spine. In addition, the power button is expected to serve as the fingerprint sensor as well. The handset is likely to get a USB Type-C port and a 3.5mm headphone jack on the bottom.

The microphone is also supposed to be on the bottom; however, the SIM tray has been seemingly moved to the top. Three camera sensors seem to be lined up vertically on the top-left corner of the back panel. The leaked images purportedly confirm a black colour for the Galaxy A34. Samsung is expected to offer more colour options at launch.

Samsung is yet to officially confirm the existence of this smartphone. The report suggests that the Galaxy A34 might debut in the first half of 2023 in India and other global markets. Its pricing information is also still under wraps, however, it is expected to be priced below Rs. 30,000.

Samsung AX46: The Best Air Purifier in the Market?