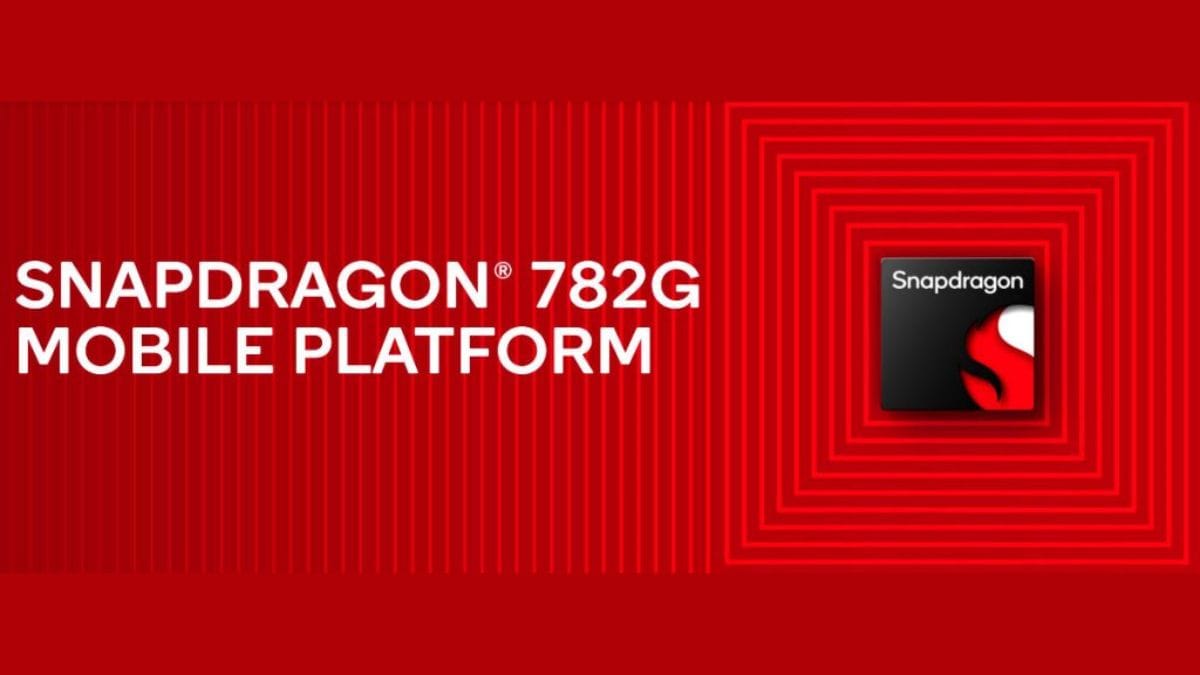 The Qualcomm Snapdragon 782G SoC is made using TSMC’s 6nm process and features a Kyro 670 Prime core with a clock speed of up to 2.7GHz, three Kryo 670 Gold cores clocked at 2.2GHz, and four Kryo 670 Silver cores clocked at 1.9GHz. It is paired with an Adreno 642L GPU, which the company claims is up to 10 percent faster than its predecessor, the Snapdragon 778G+ chipset.

For image processing, this chipset features the Qualcomm Spectra 570L, a triple 14-bit ISP that is capable of supporting photo capture at gigapixel speeds.

The chipset also features a built-in Qualcomm Snapdragon X53 5G modem-RF system for 5G connectivity that is claimed to supports download speeds of up to 3.7Gpbs along with support for mmWave and sub-6GHz 5G connectivity.

The Snapdragon 782G SoC can support full-HD+ displays with a 144Hz refresh rate. It has a maximum external display support of up to 4K resolution at 60fps. The chipset includes the Qualcomm Spectra triple 14-bit ISP that can work with up to 200-megapixel single-camera shots. It is capable of recording up to 4K videos at 120fps.

The California-based semiconductor manufacturer is yet to announce when the new Snapdragon 782G SoC will make its way to smartphones. The company has also not announced the which smartphone manufacturers will be the first to feature the new chipset, which is expected to power smartphones in the premium-midrange segment.